← On Magick, Our Brain, and Biopolitics
Bienvenido a Miami* →

Of the everglades and the fiction of solid ground 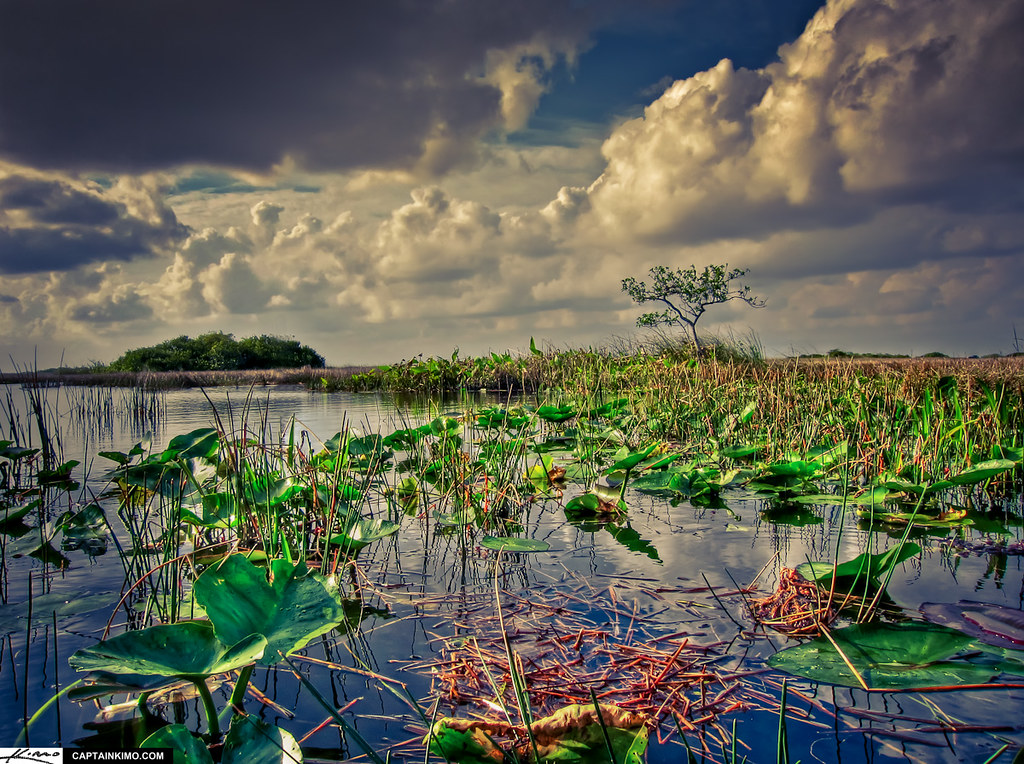 I had the great pleasure of hosting a few nature-loving friends over the course of last week. Aside from the lizard and bird-spotting you can do pretty much anywhere in Miami, we also managed to head out for a day to the 15 mile bike loop in Everglades National Park, Shark Valley.

The ride is flat and easy. The glades engulf you as you trek further along. If you’re lucky (as we were), and it’s not too trafficked, you can ride for miles with only the local wildlife as company.

The alligator population is such that sometimes you actually have to swerve to avoid the creatures as they nap—their long, dark bodies sprawled half along the pavement, half dipped in the still waters alongside it. I lost count of the number of these odd beasts we spotted somewhere in the low twenties.*

The landscape is also, of course, dense with a wide variety of strange wetland flora as well. It makes for an expansive and alien environment for a desert creature like me. And beautiful.

I spent much of the ride thinking about two things: 1.) The impending flooding of Miami and its surrounding areas, which will, you can be sure, eventually make painfully clear the consequences of our shared disavowal of climate change, and 2.), the reminder a friend recently gave me that the outline of Florida you see on any given map is a fiction. The borders are porous in the state. Land is sometimes dry and sometimes wet. The water level, not the cartographer, marks the shifting outlines of this bizarre jutting mass, a sort of vestigial tail of the continental U.S.

Much has been written about the (political) trouble with maps.** But to my knowledge, considerably less so about the ecological consequences of ordering space cartographically. If we understand Florida as solid ground to stand on, we do so in part because we believe in the fictive representation of its borders on the maps we make of it. And that representation in turn allows us to ignore the material facts of ecology, and of our participation in it. Maps also, I think, quite likely aid in the disavowal of the material facts of the State.*** These are not separate issues. And their mutual imbrication will be made only more clear when refugees cross borders to escape ecological disaster just as frequently as they currently do by cause of political catastrophe.

Riding through the glades, despite the tourists and the paved path, is one way to encourage a different kind of map making: one more rooted in the body and the experience of place (both very messy affairs) than the ordered work of dividing land from water, self from other, us from them. It seems that we will certainly, in the coming years, need better ways to make alternative maps. Because the water is coming. And we might have been better off if we had acknowledged that it has always, in some way, already been here.

* We also saw a female crocodile (apparently the only one typically in the park). And, of course, birds of various sorts flew alongside us as we rode.

**See, in particular, the lovely work of Michel de Certeau.

*** Think, for example, of the recent claims made by presidential hopeful (and all around asshole) Donald Trump about the necessity of a literal wall along the U.S./Mexico border.